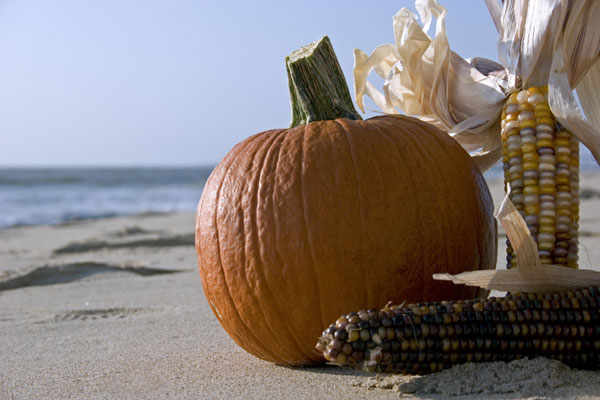 Did you know you could celebrate Thanksgiving twice in Hawaii?

In Hawaii, everything is better and the Thanksgiving holiday is no exception. As a matter of fact, at our Maui condos you can celebrate Thanksgiving like the ancients did, for four entire lunar months. That’s right; our island has its own special thanks giving holiday whose roots stretch back before the rule of King Kauikeaouli Kamehameha III. It’s called Makahiki.

Makahiki is somewhat similar to the first Thanksgiving that took place in Plymouth during the fall of 1621. It was started during ancient times as a way to give thanks to the Hawaiian god, Lono, for a good harvest and pay tribute to the island’s chiefs. It involved a four month long festival that included scrumptious feasts, communal activities, blessings and special ceremonies.

The 1621 event in Plymouth included much of the same, only it paid tribute to a different deity and was a much shorter celebration. And of course the menu and activities varied a bit. In Hawaii, the ancient menus likely featured roasted pig, poi, kukui nut, sweet potatoes, fish and bread fruit. In America’s early colonies, the meal was said to contain items like roasted fowl, bread stuffing, nuts, corn, potatoes, fish and pumpkins.

In the mid 1800s, then King Kauikeaouli Kamehameha III shortened the holiday to one day and made it a nationally recognized event. The day he picked was December 31st. In later years, late President Lincoln made Thanksgiving an official holiday in America. So some Hawaiians started giving thanks twice, once in November and again in December. Although many have since stopped that practice and stick with the November celebration.

Today, those that visit our Maui condos are welcome to celebrate the fall harvest for as long or as little as they like. So to kick things off we are offering early fall, Thanksgiving and late fall packages. The early and late fall packages include a box of Hawaiian chocolates and overnight accommodations in one of our oceanfront condos. The Thanksgiving package, on the other hand, includes a $50 gift card that may be used to buy groceries near our Maui condos. To learn more about our fall holiday specials and book a stay in our Maui condos, please contact us straightaway.