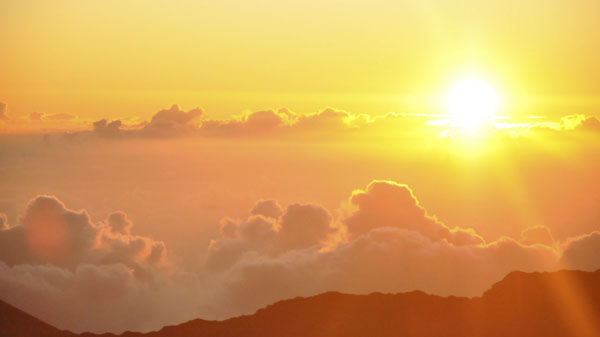 As the second-largest island in the Hawaiian chain, Maui is nicknamed “Valley Isle” because of her location between two mountains. Not only is Maui a popular tourist destination, but it is also a quite interesting island, and here are a few things people don’t know about Maui.

The weather in Maui is thought to be about the same all year round, when in fact it actually does change with elevation. At sea level, the temperature is normally between 80 and 90 degrees Fahrenheit, but will drop to as low as 65 degrees when you are between 500 and 5,000 feet. At the top of the Haleakala Volcano, the elevation is approximately 10,000 feet, and snow is even found here from time to time. When this happens, it’s possible to go surfing and snowboarding all in the same day.

The beaches on Maui contain three different colors of sand. The black sand on the island actually consists of tiny fragments of lava rock that give the sand its dark appearance. The red sand also comes from lava that contains a high iron content. White sand is composed mostly of pulverized coral and seashells. The ocean’s waves also change location based upon season. In the summer, they appear on the south side of the island, and will move to the north side during the winter months.

The Lahaina Banyan tree, which sits in front of the Lahaina Courthouse, is an iconic landmark that stands more than 60 feet high. Originally brought here from India in 1873, it was planted to celebrate 50 years of Christian missionary work. At the time of its planting, the tree was only eight feet tall. Today, the sprawling branches of this magnificent tree covers two-thirds of an acre of ground. It is underneath these branches that numerous festivals take place on a regular basis. There are actually quite a few other interesting things to discover about the island of Maui. If you’re planning a visit, we invite you to contact us to make reservations.